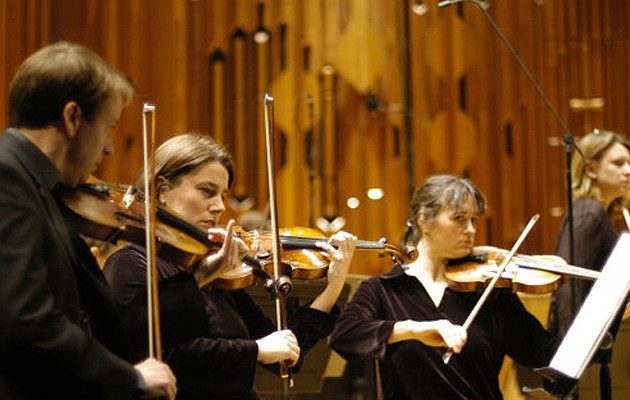 The BBC Symphony Orchestra has played a central role at the heart of British musical life since its inception in 1930. It provides the backbone of the BBC Proms with around a dozen concerts each year, including the First and Last Nights, and is Associate Orchestra of the Barbican.

The BBC SO has a strong commitment to 20th-century and contemporary music, with recent performances including commissions and premieres from Jiří Kadeřábek, Jonathan Harvey, György Kurtág, Alexander Goehr, Einojuhani Rautavaara and Kalevi Aho.

As Associate Orchestra of the Barbican, the BBC SO performs an annual season of concerts there. In its 2012-13 Barbican season the BBC SO celebrates the music of Sir Michael Tippett with performances of all four symphonies as well as the triple and piano concertos. It also presents Donizetti’s opera Belisario and two comedies by Ravel; L’heure espagnole and L’enfant et les sortilèges.

Central to the Orchestra’s life are studio recordings for BBC Radio 3 at the Orchestra’s Maida Vale home, some of which are free for the public to attend. In addition, the BBC SO records for several commercial labels. Performing throughout the world, the current touring plans include concerts in the Czech Republic, Germany, Romania and Oman.

The vast majority of concerts are broadcast on BBC Radio 3, streamed live online and available for seven days via the BBC iPlayer, and a number are televised, giving the BBC Symphony Orchestra the highest broadcast profile of any UK orchestra.

The Orchestra is committed to innovative education work. Among ongoing projects are the BBC SO Family Music Intro scheme, introducing families to live classical music, BBC SO Student Zone and the highly successful BBC SO Family Orchestra, alongside work in local schools. Total Immersion composer events also provide rich material for education work, and extensive plans are under way in partnership with the Barbican and with the Hammersmith & Fulham music services, the Royal College of Music and the Guildhall School of Music & Drama.