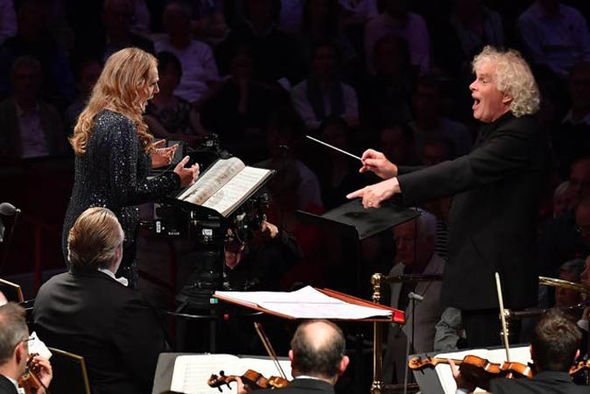 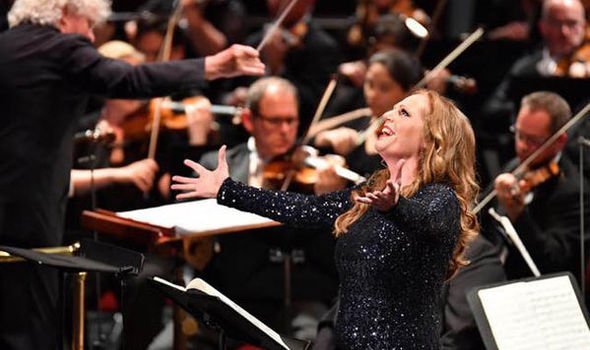 Saturday’s Prom, uniting the London Symphony Orchestra with its incoming music director, Simon Rattle, underlined that talent. Rattle, after all, delights in luscious Romantic soundscapes, and here you had to marvel at the sheer beauty of Schoenberg’s orchestration. The “sunset” prelude had a crystalline delicacy, the orchestral interludes a rich warmth, and the final dawn chorus simply glowed. But the real strength of this performance was the way that Rattle managed to meld the work’s disparate elements into a cohesive whole, so that the choral climaxes felt like a natural consequence of all that had preceded them.

Arnold Schoenberg’s Gurrelieder is one of the largest choral-orchestral works in the musical repertoire. It demands 500 male singers plus a mixed choir in proportion and a vastly expanded orchestra that includes four harps. London Symphony Orchestra under new Music Director Sir Simon Rattle did not stint in meeting Schoenberg’s requirements for his epic creation, which is part song-cycle and part Gothic melodrama. Based on the verse-sequence by 19th-century Danish novelist Jens Peter Jacobsen, it tells of the medieval King Waldemar of Denmark, who secretly installs his beautiful lover Tovelille in the castle of Gurre, near Elsinore.

Waldemar’s jealous queen, Helwig, has Tove murdered. Waldemar curses God and so is condemned after his death to rise from the grave and ride abroad every night with his ghostly followers. At 25 Schoenberg, under the spell of Wagner, eagerly seized on the heady plot that evoked shades of Tristan und Isolde.