Two of the world’s most renowned music festivals have agreed an historic five-year artistic collaboration, orchestrated by the KT Wong Foundation.

This groundbreaking partnership will launch in October 2016 with a series of performances of Benjamin Britten’s operatic masterpiece, A Midsummer Night’s Dream. This 2015 revival of the legendary 1991 production, directed by Robert Carsen, will be staged at the Poly Theatre in Beijing as part of the Beijing Music Festival.

This unique cultural milestone was conceived by the pioneering KT Wong Foundation, an organisation that has led the way in delivering boundary-pushing cultural, artistic and educational exchanges between China and the West since its launch in 2007. As well as a commitment to promoting cultural relations, the Foundation has also established itself as a leading supporter of young musical talent in China, Europe and the US.

Under the leadership of Founder and Chairman Lady Linda Wong Davies, the organisation has been a longtime supporter of both the Festival d’Aix-en-Provence and the Beijing Music Festival, and worked tirelessly over the past three years to bring them together.

In France the Foundation has supported a range of productions presented at the Festival d’Aix-en-Provence including:

In addition the Foundation has been introducing the work of the Festival d’Aix-en-Provence to Chinese audiences since December 2014 with a series of film screenings in Beijing, Shanghai and Tianjin of some of the Festival’s previous seminal productions. These extraordinary productions have included Patrice Chéreau’s chilling production of Strauss’ Elektra, The Robert Carsen sparkling revival of A Midsummer Nights Dream and Robert Lepage’s water-filled production of Stravinsky’s The Nightingale.

Lady Linda Wong Davies said: “The KT Wong Foundation are extremely proud to have played a key role in securing this historic partnership between the Festival d’Aix-en-Provence and the Beijing Music Festival.

“These two leading music festivals are recognised for showcasing the world’s finest artistic and musical talent, and this argument will allow them to reach out to new audiences in both countries, create new artistic ventures, and provide opportunities for young artists, creators and performers.

“The KTWF has worked tirelessly over the past three years to bring these two festivals together. This collaboration represents a significant triumph for the Foundation’s continuing commitment to building cultural bridges and creating the best environment for artistic exchange to thrive between China and the West.

“I commend my colleagues B Foucroulle and Maestro Long Lu on their individual and combined vision and courage to come together in their desire for greater artistic creativity and excellence.

“We must remember that in these uncertain times, where our societies are rocked by economic and political changes, that France‎ has continued to show the world that support of the cultural  arts remain a priority. The leadership shown by the signing of this agreement is a testament to the strength of the relationship between France and China.’

“Since its launch in 2007, the Foundation has already produced a hugely diverse body of work, creating, producing and supporting boundary-pushing creative ventures across disciplines including opera, design, architecture and film.
“I am very excited to be part of this cultural milestone and look forward to helping make this unique collaboration truly an exciting creative platform for meaningful cultural exchange between China and France.”

The Foundation commissions and presents premieres of new works by great Chinese and international composers. These have become a new legacy in the repertoire of Chinese culture and include:

–  Zhou Long’s Madame White Snake, which was co-commissioned with Opera Boston, was awarded the Pulitzer Prize in Music in 2011.
–  The world premiere of Ye Xiaogang’s opera, Song of Farewell (text by Sun Gexuan)
–  The sensational Chinese premiere of Mahler’s Symphony No.8 (“Symphony of a Thousand”).

For the opening concert of the 13th Beijing Music Festival, the Foundation commissioned Howard Shore to write a new piano concerto commemorating the bicentennial of Chopin’s Birth. Entitled “Ruin and Memory” and premiered by Lang Lang, this work received its world premiere at the festival.

The Beijing Music Festival Arts Foundation continues to work in close cooperation with many world-leading music festivals, and the greatest musicians and orchestras from China and beyond.

Every year since 1948, the Festival d’Aix-en-Provence aims to present a wide variety of opera productions, youth works and famous Mozart operas, contemporary works, rediscovery of baroque masterpieces, chamber operas, not to mention exceptional concert programs. Thanks to this variety, the Festival is gaining an always growing and very enthusiastic audience, with over 81,000 spectators in June and July 2015. It intends to bring live opera into the contemporary world and on the most prestigious national and international scenes. 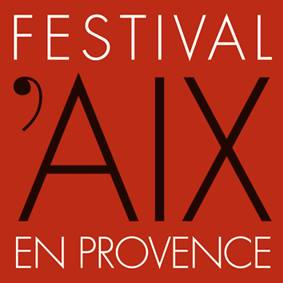 Recognized for its excellency, the Festival d’Aix-en-Provence has become in the last years a reference point for innovation: educational initiatives and high range awareness programs, artistic innovation with the participation of contemporary visual artists and cultural innovation through a unique network of collaborations. Promoting an international approach in one of the core values of the Festival. Therefore, is has been collaborating for many years with the largest opera houses in Europe and North America. With this first partnership in China, the Festival extends the circle of its international partners, as initiated with the agreement signed with Bahrain Opera in 2013 and with collaborations in Singapore and South Korea.

The Foundation co-produced new productions of operas including Handel’s Semele, which was recently presented at BAM in New York and Britten’s Opera for Young People Noyes Fludde in Beijing & Shanghai as part of the Cultural programme of the London Olympics. For the Beijing Olympics the Foundation commissioned Chen Yi’s Olympic Fire and more recently a new Trumpet Concerto written for Alison Balsom by Qigang Chen, which were both performed at the BBC Proms Concert Series.> A new score by Zou Ye accompanied the Chinese silent classic film The Goddess at Film festivals in China and Europe. The Foundation is a major supporter of the Aix Festival. In 2014 the Foundation supported Ariodante and Trauernacht and has recently presented the inaugural screenings of operas from Aix in Beijing  and Shanghai.